LED floodlights can be defined as high-intensity, broad beamed artificial lights often used to illuminate outdoor areas. Usually, they are used in playing fields while a sports event is being held during low light conditions. They can also be used during an outdoor function that requires a lot of lighting. Large companies, industries and organizations use them during the night to illuminate their compounds. Understanding how they work is the only way an individual can know why they are efficient.

Housing
LED floodlights have lamp housing. It is a plastic or metal container that prevents light from spilling in unwanted directions and serves as a body for the entire instrument. It consists of the entire exterior except for the opening or lens. The housing has been designed with certain elements that help with heat reduction while increasing the efficiency of LED lights. Current housings are made using die cast metal since it allows for a single, lightweight body that is more economical to use and produce.

Reflector
Directionality and quality of light output is affected by the reflector. It is located around or behind the light source in a way as to direct more light towards the opening or lens. Each floodlight unit has a reflector used in conjunction with the lens (or lack of the same) to create the desired effect. LED floodlights use two main types of reflectors; parabolic and ellipsoidal.

A parabolic reflector has a lamp set at the focus point of a parabola shaped reflector. It bounces the light away from the reflector in parallel beams. The light cannot be focused because there is no point at which the light converges. Although ellipsoidal reflectors are mainly used for focusable, tight spots, they can also be used in floodlights.

Yoke
A U-shaped yoke is used to support or suspend most floodlights. It is normally placed at two points to the sides of the light’s housing resulting with an axis of rotation. The base of the yoke is basically a single bolt where the yoke can be rotated, and it also provides a second axis of rotation. When they are combined together, they allow the fixture to point any direction in spherical range of motion encircling the yoke. The yoke in LED floodlights is connected to a batten or pipe by one clamp. It may also be attached to a set or affixed with floor mounts depending on how and where it is to be used. Some yokes are motorized, meaning they can change where a fixture is pointing by using remote control systems.

There are various types of LED flood lights that are currently available on the market and this does mean that you have a much improved chance of being able to locate one that is perfect for your lamp and is able to provide the amount of light that you require. The latest versions are far superior in both the light that they offer as well as the amount of electricity that they use and more information on the different types will now follow.

Examples of common LED floodlights
120W LED flood lights – Typically, the smallest type of LED floodlight is one with a 120W rating. A floodlight of this nature normally comes with 11400lm flux with various color temperatures. Being small scale floodlights, they are mostly used to light a small area. They can be effective in the compound of a small estate or as security lights for a small business.

180W LED flood lights – They are considered to be the average type of floodlights. Since they have 17,100lm flux, they normally need to have a power source ranging from AC 85V – 265V. It is very common as it is popular in the entertainment industry as well as commercial sites. In the entertainment industry, this floodlight is mainly used in stages during performances. Commercially, companies use them to light the interior as well as the exterior of their premises.

320W LED flood lights – These floodlights are used in large areas in need of illumination. They are preferred because of the amount of light they offer. LED floodlights with such wattage normally have an output of 27,000 – 30,500LM flux and that is why they are never used indoors. They are generally installed when an outdoor function expected to have thousands of people is being organized. Several floodlights of this kind can properly light up a large area such as a small stadium or an arena. 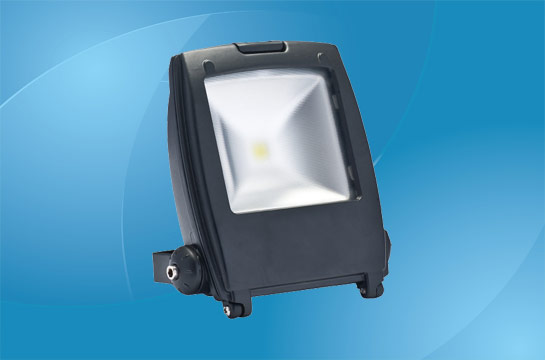