2. Series PCD-16
The PCD-16 series is another popular dimmable LED driver series with a maximum power output of 16 Watts.

Driver features
The PCD-16 dimmable LED driver comes with two main AC input types namely type A (90/135vac) and Type B (180/295vac). The PCD-16 dimmable driver is a Class II UL8750 LED driver. The operating temperature of PCD LED dimmable drivers is between -30 and +60°C. The driver also has an IP30 isolated plastic casing for protecting the driver. In summary, the PCD-16 series is more superior than the RLDD015 series if you are looking for higher output power and operating temperatures.

3. Series LPF-16D
The LPF-16D series is another popular dimmable LED driver. The driver has a maximum output power of 16 Watts.

Driver features
The LPF-16D LED driver has an AC input of 90/305vac which is higher than both the PCD-16 and the RLDD015 series. This dimmable driver series is a UL8750 Class II power unit with operating temperatures between-35 and +70°C and an active PFC function. The Driver series has an IP30 plastic enclosure which is fully isolated with a level 94V-0 fire protection. In summary, this dimmable LED driver offers more superior features than the other two driver series mentioned above.

Driver features
The PCD-25 dimmable LED driver has two AC input types namely A (90/135vac) and B (180/295vac). The PCD-25 driver is a Class II UL8750 LED dimmable driver with an operating temperature between -30 and +60°C and an active PFC function. The driver has a small compact size IP30 isolated plastic case UL94V-0. In summary the PCD-25 dimmable driver is ideal for home lighting applications because of the driver’s modest features. 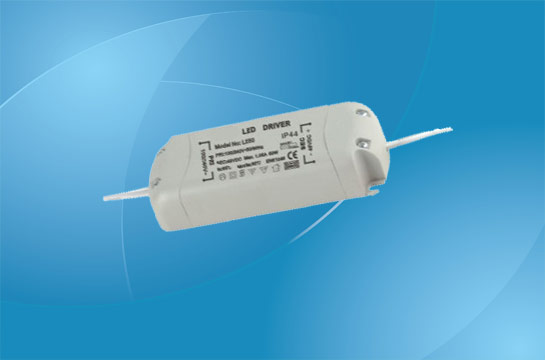