COB LED bulbs are currently available with both bayonet and screw cap fittings and due to the fact that they are also available with various wattages it does mean that you have a number of options available should you be looking at buying this type of bulb. These LED bulbs are also far more efficient than the older halogen bulbs and they do also last longer than the older models, so if you are looking at changing to this model, then the following details will prove to be quite useful.

First, the wattages that you will see listed by the different manufacturers will appear to be relatively low, but the truth of the matter is that thanks to the technology they will still produce around 150 lumens per watt on average and this will be more than enough for most people. The most popular wattages that are purchased with this type of bulb normally go from 3W at the lowest end to a 5W version and finally a 7W although do note that others may be available depending upon the manufacturer.

The wattage numbers may be low, but it has to be pointed out that a 3W COB LED bulb is actually the equivalent of the older 35W, but when you increase this to the 7W version, then you are actually installing the equivalent of 70W as they produce the same number of lumens even though they use less energy to do so. This is where their increased efficiency comes into play and what you will often find with this type of bulb is that they will now last for up to 35,000 hours before they have to be replaced and they will also normally use only around 10% of the energy compared to their halogen equivalent with this saving you a substantial sum of money.

The light that this type of bulb gives you is generally classed as being warm white, although there are other shades available, and this is generally going to give you a slight yellow tinge to the light hence the warmth part. The light is really directed in a beam with this type of bulb and this is why it is often used in spotlights as well as general lighting where an entire area has to be lit. How many you need does of course depend on the space to be lit, but due to them being a direct replacement for the halogen version it is simply a case of replacing like for like and then waiting for them to reduce your electricity bill.

COB LED bulbs are, therefore, more efficient than halogen bulbs, they last longer, and they offer the same amount of light even though they only use a tenth of the electricity to do so. These bulbs can also be used with dimmers and are able to be retrofitted so there will be no problem when it comes to replacing your old ones, so check what you need and buy the modern equivalent and start getting the benefit from doing so right now by lowering your electricity bill in your home. 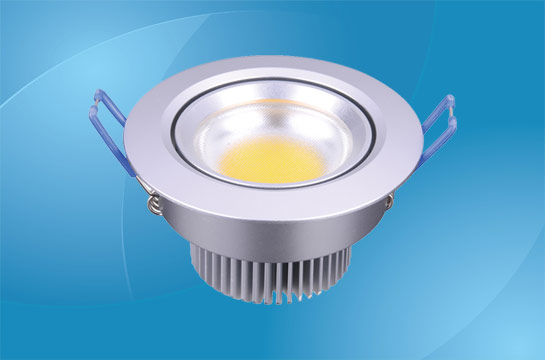