An emergency light can be defined as a lighting device that comes on automatically when there is power outage in a building or area. In high occupancy residential and new commercial buildings, like college dormitories, emergency lights are standard. A number of building codes require their installation in older buildings as well.

LED emergency lights are steadily gaining popularity in the world today. In an emergency, they are used to help minimize death and injuries. These fixtures provide light to help reduce confusion and panic, as well as allow occupants safely evacuate a building. Emergency lighting may simply provide enough light for essential operations to take place, or guide the way to an exit.

Modern installations
Modern emergency lighting has been installed in virtually every high occupancy residential and commercial building. LED emergency lights consist of one or more clusters of high intensity LEDs (light emitting diodes). All units possess some sort of reflector that intensifies and focuses the light they produce. This can either be in the form of a reflector placed behind the light source, or a type of plastic cover over the fixture. A large number of individual light sources can be aimed to where light is needed the most by rotating them.

Modern LED emergency lights fixtures have a test button that can temporarily override the unit resulting with emergency lights being switched on even when the main power is still on. Present day systems are operated with relatively low voltage, usually from 6 – 12 volts. This not only reduces the load on the circuit to which the emergency light is wired, but also reduces the size of the batteries required. Modern fixtures have a small transformer placed in the base of the fixture. Its purpose is to step-down the voltage from the main current to the voltage required by the LED lights.

Lead-calcium is commonly used to make their batteries which can last for a decade or more on continuous charge. To indicate the occurrence of a power outage, some models of LED emergency lights can only be shut off manually after activation. This happens even when the main power source of a building has come back on. The system will continue running until the reset button, usually placed on any side of the unit, is pressed. There are different types of emergency lights that use LED lighting technology.

Escape route lighting
Exit paths used to guide people safely out of the building are illuminated using escape route lighting. It generally consists of small floor-mounted lights based on LED technology. LED emergency lights in escape route lighting prevent building occupants from getting disoriented or lost during an emergency. It also clearly marks all potential exit paths. Such lights are commonly found in the aisles of airplanes and theaters, as well as in other applications.

Safety lighting
Safety lighting, also referred to as high-risk task lighting, is utilized to light areas that have to be accessed in an emergency. This type of lighting is most commonly found in manufacturing or industrial facilities. It allows employees to shut down machines or equipment that could pose a hazard to the public or evacuees. In the event of an emergency, safety LED emergency lights allows equipment operators to safely stop work and exit the area affected.

Standby lighting
After an emergency or power failure, safety lighting allows critical activities to continue. When normal power supplies are unavailable, it is used to illuminate facilities like fire stations, hospitals and other vital services. To ensure such facilities can operate smoothly, their standby lighting systems are fueled by battery packs or generators. They automatically switch on when the main power is unavailable.

Exit signs
Last, but not least, exit signs help point out available exits in facilities and buildings. They are illuminated, using LED emergency lights, and marked with pictures or lettering to indicate an escape route. Placement of exit signs is heavily regulated, and normally, at least one must be visible at each location in a building. In order to ensure they are still illuminated during a power failure, they are often connected to a backup power source, such as a generator or battery pack. Even though some exit signs are powered by an internal gas which can light the sign for a long time without need of an external power source (a commonly used gas is tritium), LED emergency lights have been found to be more effective and reliable. 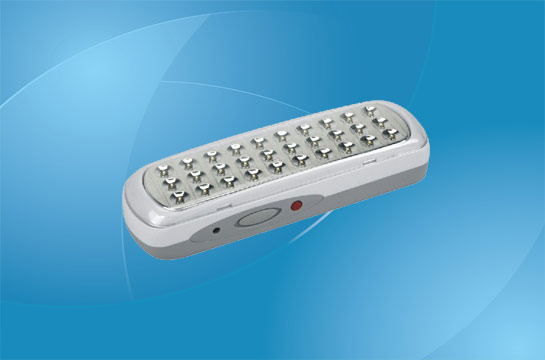