5 watt LED bulbs are a type of high intensity LED. LED bulbs produce much more light for each watt of power they consume than a regular incandescent bulb would. 5 watt LED bulbs also produce light with a narrower color spectrum than incandescents. Whereas a regular bulb produces every color in the rainbow, a “white” LED only produces the most common colors. This means that an LED will not produce ultraviolet or UV radiation that might attract bugs. Compared to fluorescent bulbs, LEDs also do not require a ballast that could produce electromagnetic radiation and interfere with other electronics.

Unfortunately, this process only lends itself to creating light of a single color, like red or green. The breakthrough that allows modern LED lighting is a phosphor coating on a chip made of indium and gallium. This phosphor coating takes one color and transmutes it into white light.

With LEDs, the shape of the chip determines how the light emerges. Since the chip is already mounted in a small metal hollow during the manufacturing process, no separate reflector is necessary, only a lens. This approach is much more efficient and compact. A directional LED can be much smaller than a regular light as a result.

Since LEDs are generally packaged in solid plastic, they’re much better at withstanding harsh environments than other lights. Shock and vibration have much less of an effect on them than other types. It’s even possible to make waterproof LEDs more easily, because water pressure is much less of an issue.

Compared with incandescents and fluorescents, the main disadvantage of LEDs is their heat sensitivity. A 5 watt LED bulb must be kept cool. Most luminaires contain aluminum heat sinking fins that conduct heat away from the LED itself to help with this. If you place it in a fixture without good air circulation, it will severely compromise the working life of the light as well as making it dimmer. 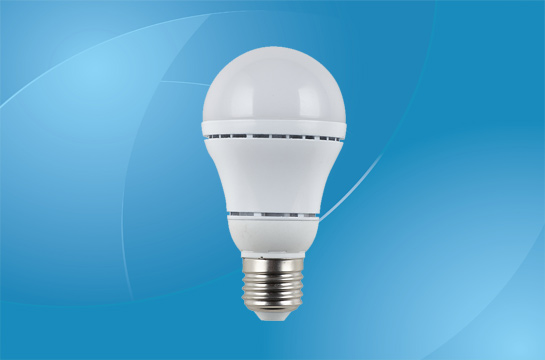